What are Bellow Seal Gate Valves

The opening and closing parts of the bellow seal gate valve are plug-shaped valve flaps with a flat or tapered sealing surface, and the valve flaps move in a straight line along the centerline of the fluid. The movement of the valve stem in the form of lift rod type (stem lift, handwheel does not lift), there are also lift rotary rod type (handwheel and stem together with the rotation of lift, the nut is located on the valve body). Bellows globe valve is only suitable for full opening and full closing, not allowed for regulation and throttling.
Bellow seal gate valve belongs to forced sealing type valve, so when the valve is closed, pressure must be applied to the valve flap to force the sealing surface not to leak. When the medium enters the valve body from below the valve flap, the resistance required to overcome the operating force is the friction of the stem and packing with the thrust generated by the pressure of the medium, the force to close the valve is greater than the force to open the valve, so the diameter of the stem should be large, otherwise the failure of the stem top bend will occur. In recent years, from the emergence of self-sealing valves, the media flow direction of the globe valve is changed from the top of the valve flap into the valve cavity, then under the action of media pressure, the force to close the valve is small, while the force to open the valve is large, the diameter of the valve stem can be reduced accordingly. At the same time, under the action of the medium, this form of valve is also tighter. China’s valve “three to” has stipulated that the flow direction of the shut-off valve, all use the top-down.
Bellow seal gate valve open, the opening height of the valve flap, 25% to 30% of the nominal diameter, the flow has reached the maximum, that the valve has reached the full open position. So the full open position of the globe valve should be determined by the stroke of the valve flap. Electric gate valve response is sensitive, safe and reliable, many of the high control requirements of the plant specifically for pneumatic instrumentation control elements set up compressed air station. The electric one is to be electric. And can control its flow rate of the device.
Bellow seal gate valve’s stem adopts bellows and packing double sealing structure to ensure leak-free sealing at the stem, which is used in power station, natural gas, ammonia, vacuum, refrigeration system, thermal oil, hot water system, especially suitable for flammable, explosive, toxic and precious media pipeline.
Structure of bellow seal gate valve.
Bellow seal gate valve bellows and bonnet and stem are welded into one, there is no seam, so no leakage, the action of the stem is caused by compression of the bellows and deformation, not by relative motion. Ordinary gate valve with packing seal, the stem and packing will slide between, in low temperature easy to leak (spool), bellow seal gate valve, there is no such problem. 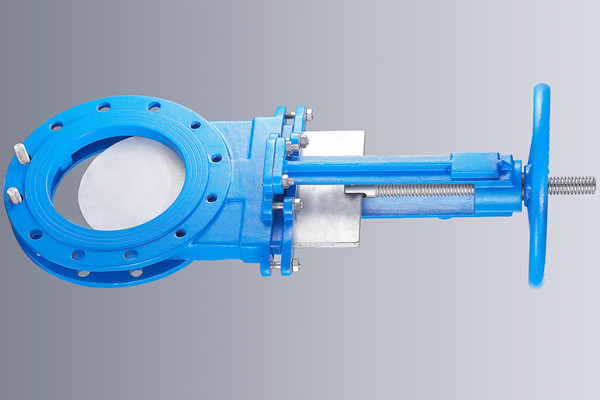